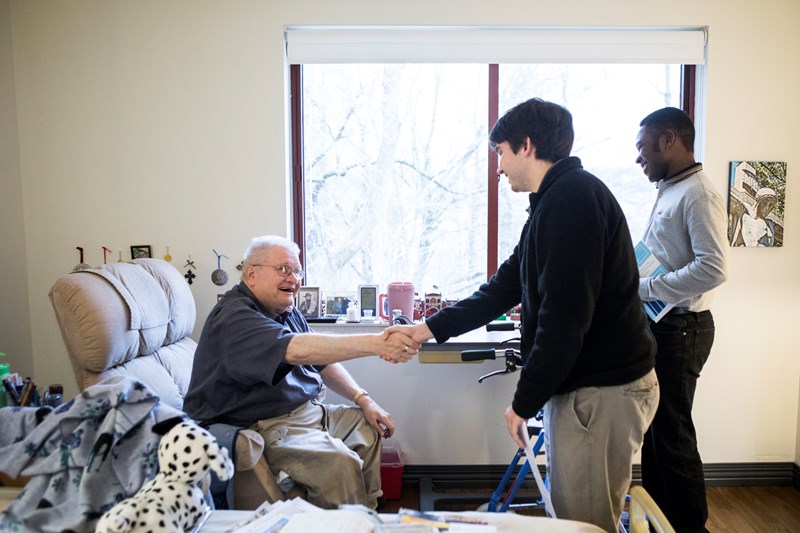 Mother Teresa believed loneliness was the greatest poverty, especially in Western culture. In Genesis 2:18 God said, "It is not good that man should be alone." John Milton wrote that "Loneliness is the first thing which God named, not good."

Today there are far more ways to connect with people than we can begin to understand. The more we try to connect, the more the disease of loneliness seems to spread. One website devoted to loneliness has registered millions of visitors. Blogs where people pour their hearts and souls into cyberspace are expanding exponentially. Large numbers of lonely people turn to the Internet for companionship. People are desperate to make a connection with someone, anywhere.

Isolation and disconnection can exist even within the most intimate of relationships. Not long ago, we were with friends when one of them referred to a particular couple by saying, "Oh, they are a L.A.T. couple." We had never heard the phrase before and asked for an explanation. It seems L.A.T. stands for "Living Alone Together."

When I relayed how sad this term sounded to another friend at a large gathering a few weeks later, her face clouded and she said, "But…that's how I feel." I was shocked because this was a woman with an active faith life, children, grandchildren, a husband and a beautiful home. With such abundance, I wondered how she could possibly feel lonely.

Perhaps this state was what Germaine Greer meant by saying, "Loneliness is never crueler than when it is felt in close proximity with someone who has ceased to communicate."

Even Christ was not immune to the pain of loneliness. His closest companions abandoned him in his hour of greatest need. Part of the agony of the cross was his overwhelming feeling of abandonment, even by God.

Loneliness is the most ancient invisible disease. Hidden in our hearts, it can eat away at any age. It can strike children who are sometimes left out at school. Husbands and wives have agendas so full they must schedule times to be with each other. Military couples are split apart by war. The elderly sometimes live in isolation. Maybe L.A.T. should stand for all who find themselves "Living Alone Today," whatever the circumstances.

The lack of true companionship creates a hunger nothing else can fill. St. Augustine's famous words, "Our hearts are restless, Lord, until we rest in you," speak to the deepest disconnection we can experience. In loneliness, we turn inward. The focus is on what is missing. A gnawing scarcity of warmth and light absorbs energy.

Many writers, including Henri Nouwen, have noted the difference between loneliness and solitude. With our hearts firmly anchored in Christ, loneliness becomes solitude. In the richness of solitude, we can experience gratitude for the abundance in our lives. Our hearts are renewed, our energy is replenished and we are able to look outward to the needs of others.