The Bells of Saint Meinrad - Again

When we began our podcast, "Echoes from the Bell Tower," last year, the first episode was about the bells in the Archabbey Church.

It included several funny stories about bell mishaps, along with reflections by various monks on what the bells symbolize to the monastic community.

Just recently, repairs to the other five bells were completed and now we're hearing the bells again! The bells ring every 15 minutes, they ring the hour - and the monks actually pull the ropes before Mass and prayer times. So when you don't hear the bells during the day at Saint Meinrad, it's an odd silence.

This week's podcast episode is an updated rebroadcast of the Bells episode. In this episode, there's a funny story about how hard it was to get the new (at the time) Bell 6 into the tower 20 years ago. It was like déjà vu this February when the company hired to remove Bell 6 had the same trouble getting it out! Below, you can see photos of Bell 6 being removed from the Church tower.

You can listen to the episode at the top of this page or go to iTunes, Stitcher or wherever you get podcasts and download "Echoes from the Bell Tower."

Next episode: What's a typical day like for a seminarian? A monk? A monk who's a seminarian? Find out in the next podcast episode, released on May 11.

In this short clip, the bells in the south tower are rung before evening prayer in the Archabbey Church.

In this short clip, all four bells in the south tower are shown while being rung by two novices below. 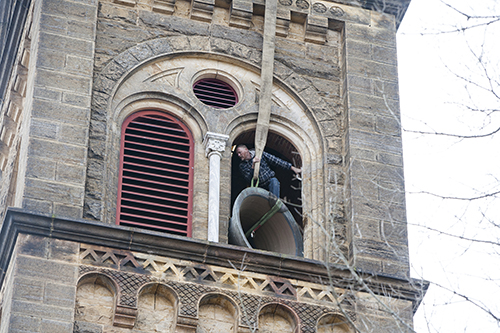 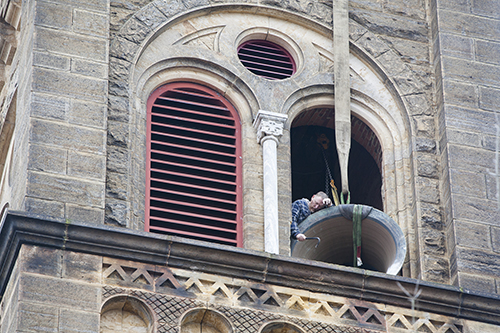 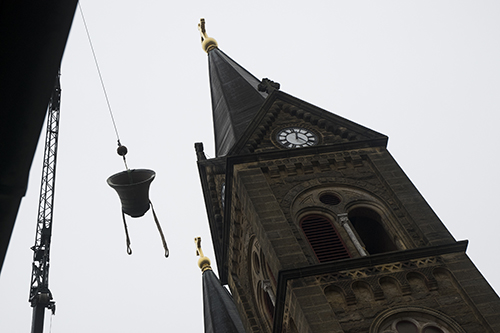 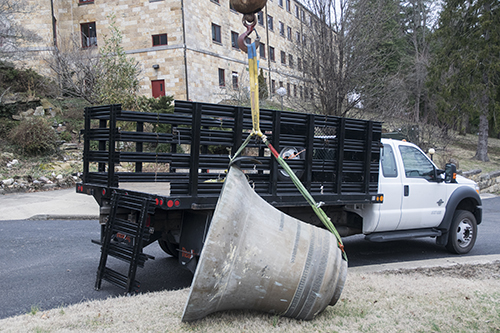