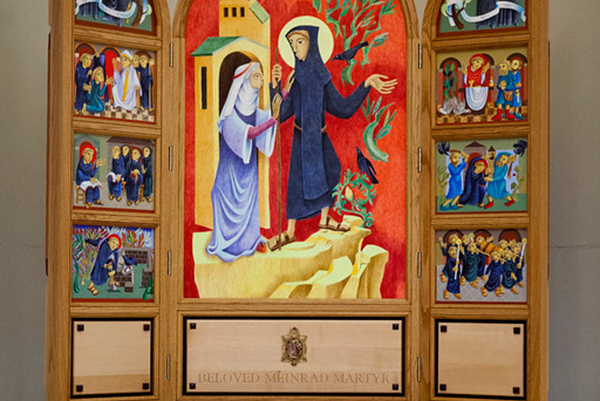 Designed as a triptych, the seven-foot-high shrine is constructed of oak, walnut, and purple heart woods. It also contains a relic of the martyr Meinrad.

Artwork in the squares along the left side of the shrine show, from top to bottom: Meinrad being vested in the monastic habit, Meinrad as a teacher, and his building a hermitage in the Dark Forest. The scenes along the right side of the shrine depict Meinrad hospitably greeting the bandits at his hermitage, the thieves bludgeoning to death the hermit, and the monks bearing Meinrad's body for burial.

The top right corner of the triptych shows the early settlers of the Saint Meinrad priory, Fathers Ulrich Christen, OSB, and Bede O'Connor, OSB, as well as a model of the small cabin that provided the first living quarters for the founding monks in 1854.

The left corner commemorates three of the community's abbots who played significant roles in the history of the Archabbey Church: on the right, Abbot Athanasius Schmitt, OSB, abbot when the Church was built; next, Archabbot Timothy Sweeney, OSB, who announced in 1993 that the much-awaited renovation of the Church would proceed; and on the left, Archabbot Lambert Reilly, OSB, under whose direction the renovation was completed in 1997.

Most notable, and occupying the entire center panel, is the scene of generosity offered Meinrad by a holy woman. The biography of the saint tells of Meinrad, then a monk of the Abbey of Reichenau, sharing with this woman his secret desire to worship and serve God more intensely by becoming a hermit. She promised Meinrad that should would supply his needs for the sake of God.

Later, when Meinrad carried out his wish, he found the woman had remained willing in her offer of aid. He established his hermitage near the village where she lived. There Meinrad served God unceasingly with fasts and prayers, and the woman and other pious people provided him with the necessities of life.

As this shrine honors the martyr Meinrad, it also honors the holy woman who made possible Meinrad's life as a monk and hermit. Likewise, the Benedictines of Saint Meinrad are fully aware and humbly grateful that they have been privileged to serve the Church since 1854 in large part because of the generosity of their many friends and benefactors.

This shrine, therefore, is one way in which this monastic community offers thanksgiving to those who have supported them in their prayer and work. A listing of all available names of donors from the beginning of the monastery's history--more than 85,000 individuals--is contained reverently within the shrine, and is updated annually on January 21, the Solemnity of St. Meinrad. 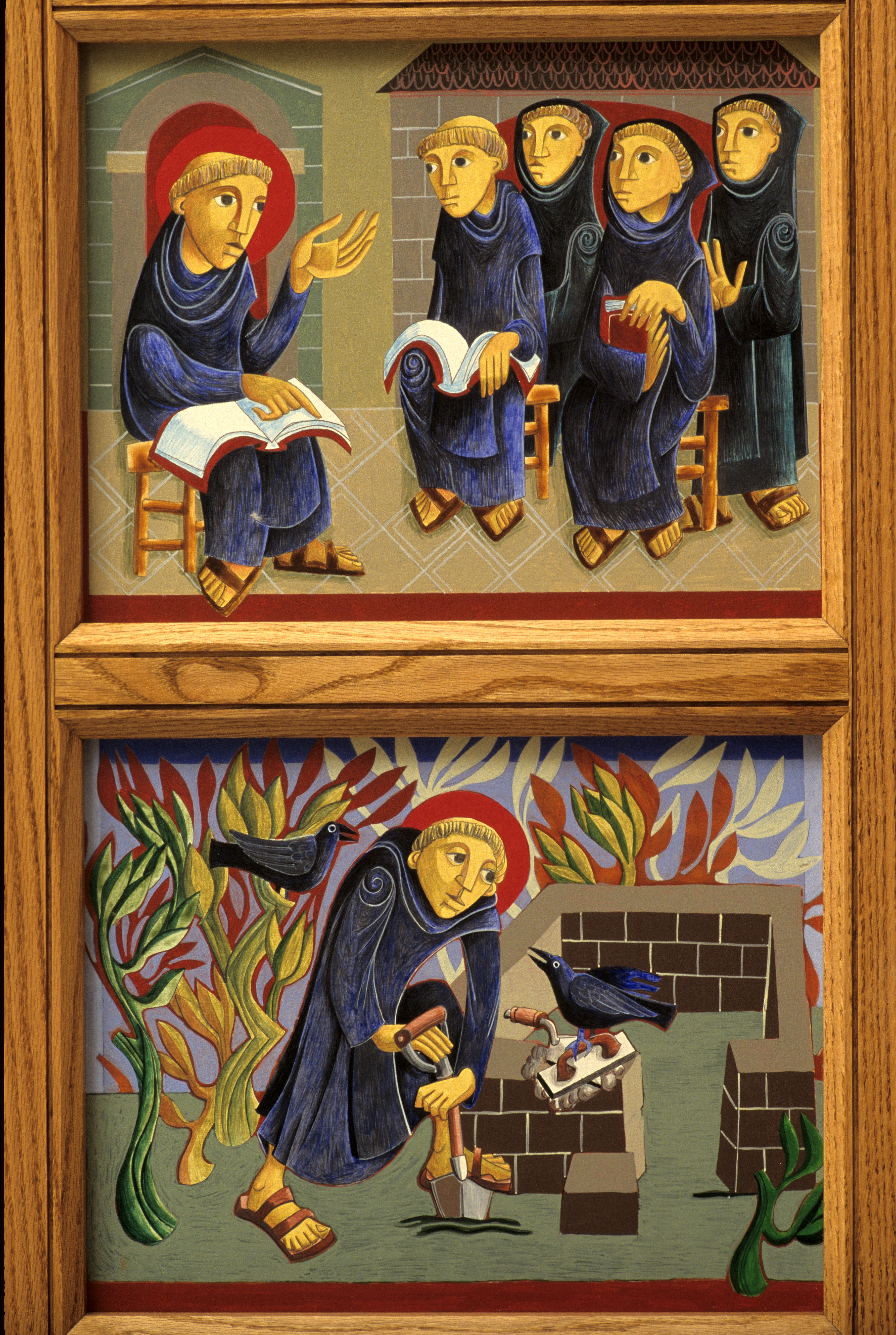 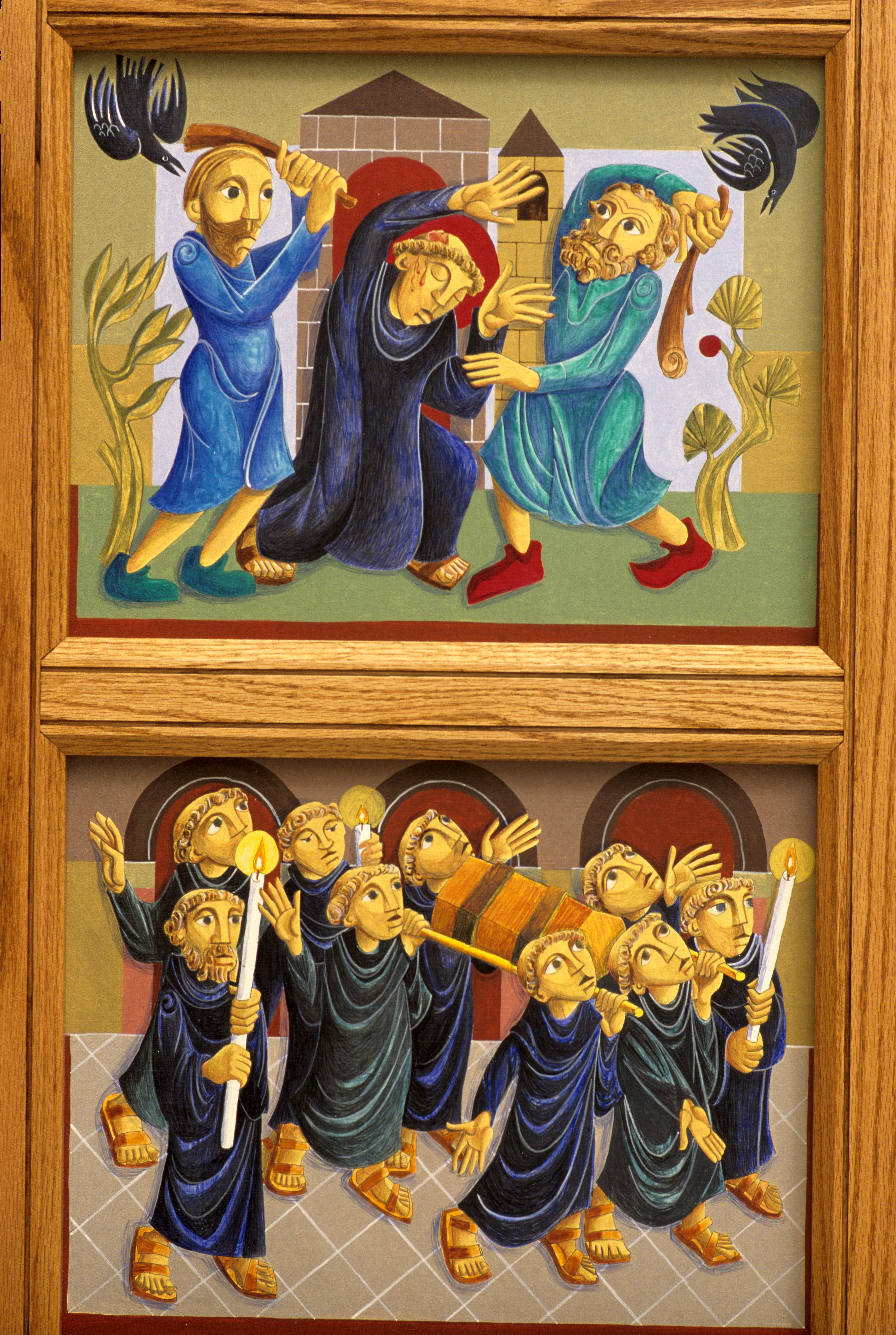 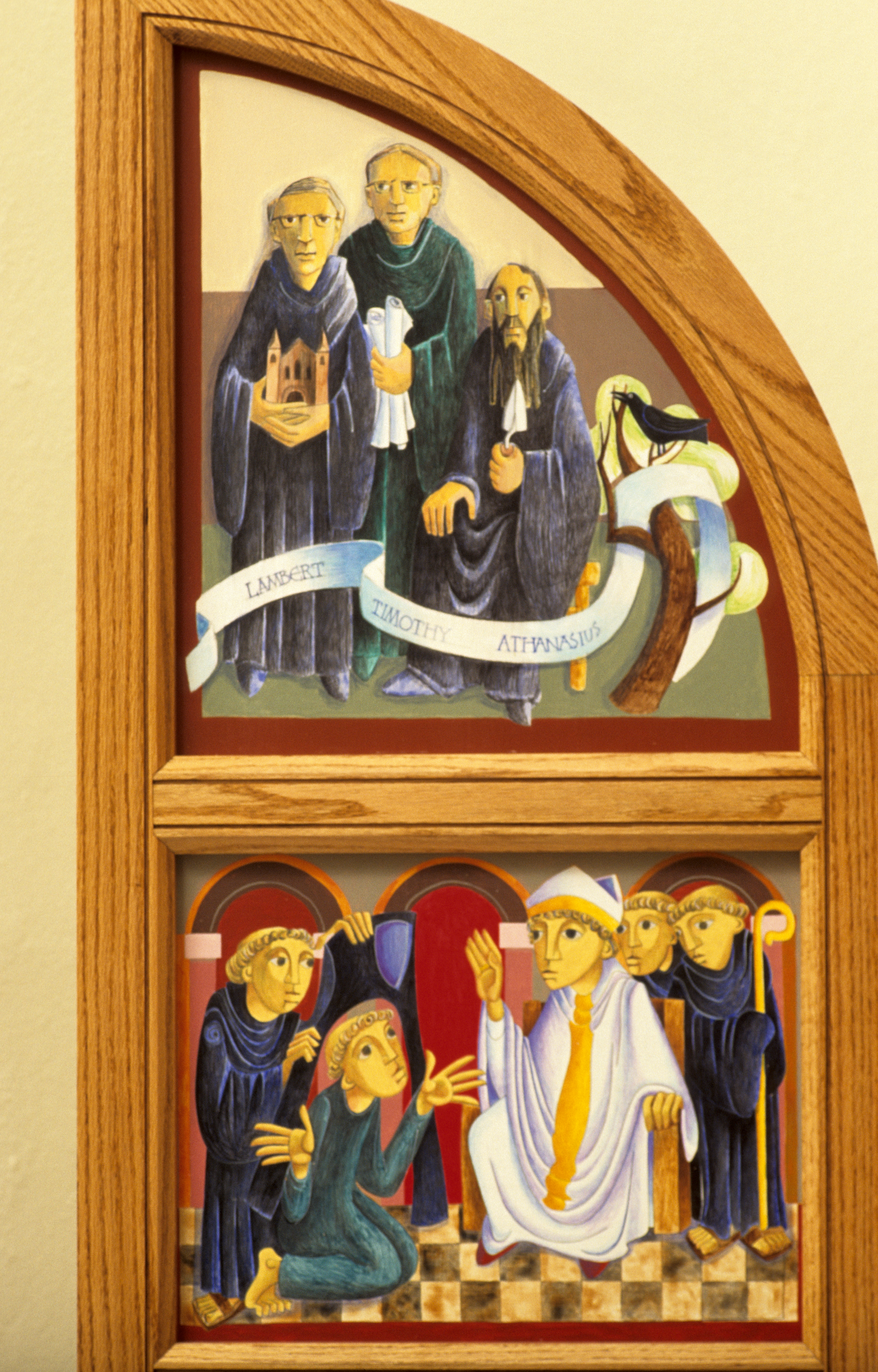 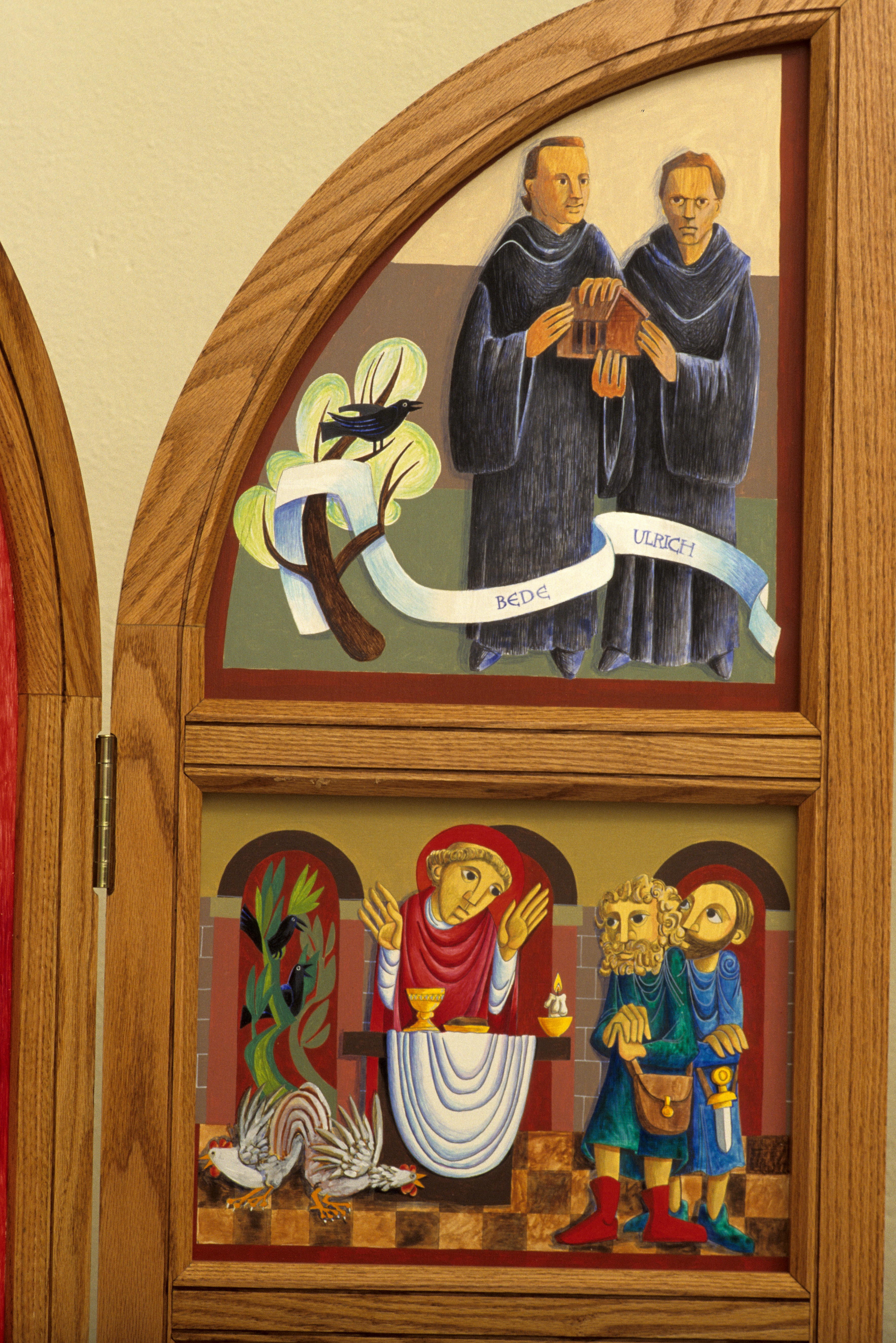