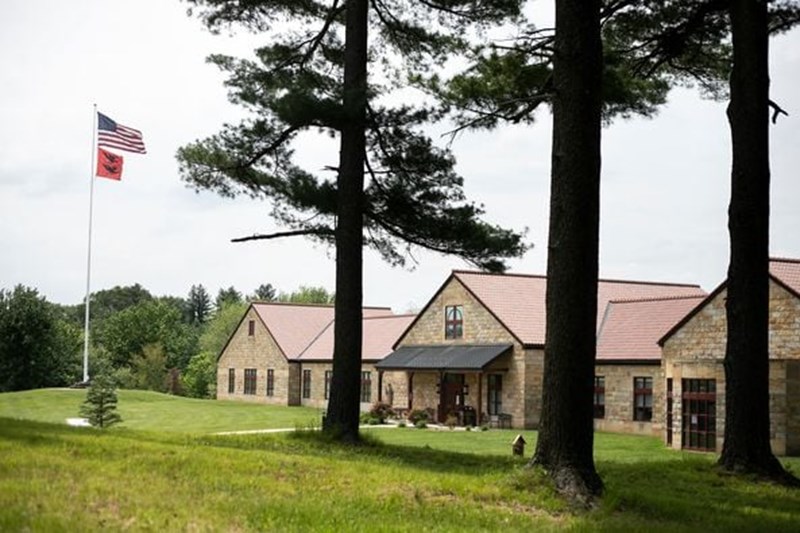 There is a tradition of holy men having ravens around them. In the story of St. Meinrad, a pair of ravens chased the robbers who killed the saint back into town and alerted the residents that something was wrong.

At Saint Meinrad, ravens can be found in the stained-glass windows in Memorial Lobby, and now they can be seen flying on a red flag alongside the American flag outside the Guest House.

In 2019, plans were being made to celebrate Saint Meinrad’s 150th anniversary of being raised to an abbey. A statue of St. Meinrad was proposed, and Fr. Harry suggested a replica of the town of Einsiedeln’s flag be created. Br. Martin Erspamer, OSB, created the artwork of the two ravens, and the flag’s color is the same shade of red that can be found all over campus. Now the holy men of Saint Meinrad Archabbey have ravens flying high above campus, looking over them.

This story was originally published in the Summer 2021 issue of our "On the Hill" newsletter.