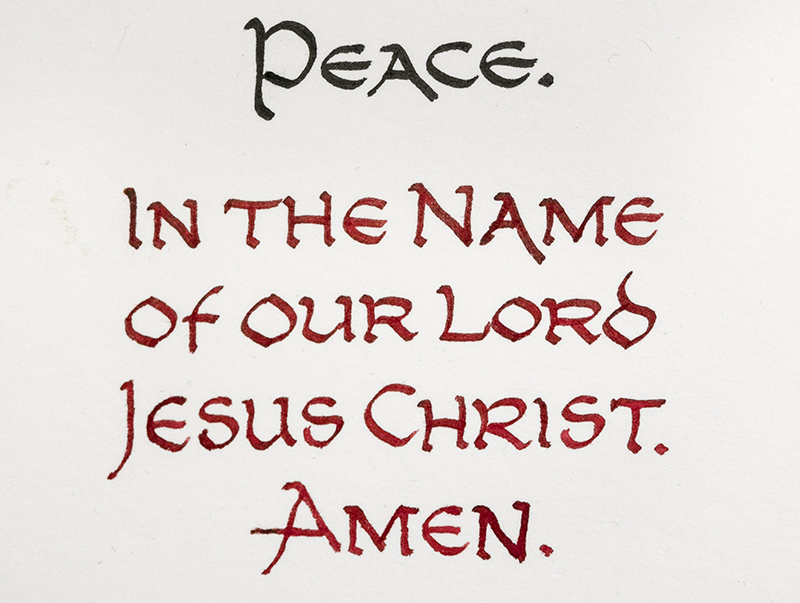 Graffiti isn't hard to find. We see it on the boxcars that roll through our countryside. Names and slogans are often plastered on highway overpasses and scrawled on the sides of city buildings.

It also feels as though the beliefs we hold in deepest reverence are often being covered with graffiti. Several years back, the book The Da Vinci Code smeared its ugly graffiti of a false faith worldwide. Still later, a writer/director began promoting a "documentary" claiming to have found burial boxes that once held the bones of Christ and his family.

Our faith is in no danger of being proved false by lies masquerading as truth. The problem is that this form of graffiti makes it far more difficult for people who long for God to discover his presence when it is buried beneath false images.

Religious graffiti obscures the power, strength and beauty of a life of faith. Like medieval metaphysical arguments, it has nothing to do with the kind of faith capable of transforming lives from within.

The name "Christian" should bring to mind people capable of making sacrifices out of love, a people who honor God and care for the least among us. Images promoted in public frequently range from televangelists promising a prayer cloth and prosperity to anyone sending in $10 to a relatively small number of church leaders who live false lives.

The popular media promotes caricatures of faith, designed to make Christians of all faith traditions look foolish. As a result, it has become socially acceptable to portray Christians as two-faced and out of touch with reality, or worse.

Our culture often overlooks the truth that the most powerful forces in our lives are invisible. The power of love conquers hate. Love bears hardships and changes who we are and what we become.

Yet, we cannot "make" ourselves love someone else. Love is a gift from God and anyone who has experienced this gift knows that it grows in proportion to how much it is given away.

Prayer is the lifeblood of our relationship with God. It affects what happens in our lives and in the lives of others. No one who prays remains unchanged by prayer. It opens a channel to forces far greater than all the "positive thinking" we can try to manufacture in our own minds.

British writer Freya Madeline Stark said, "There can be no happiness if the things we believe in are different from the things we do." We can't change how the world chooses to view us or what others choose to believe about us. We can only become a people so steeped in prayer and love that no one will be able to deny the living Presence within us.