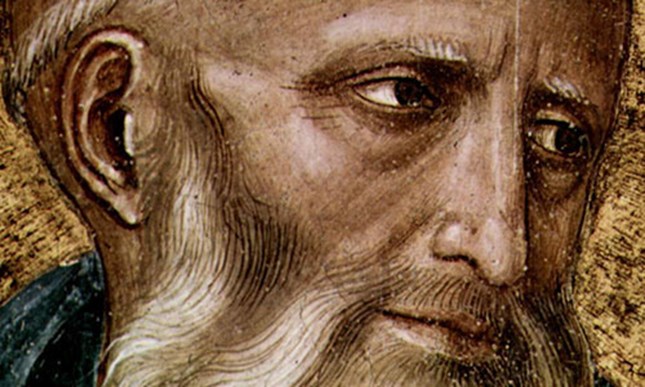 "...all should be called for counsel [for] the Lord often reveals what is better to the younger."
Rule of St. Benedict 3.3

When I served as Archabbey Treasurer and Business Manager just as we were entering the second decade of what still feels to me like a new century, the community was engaged in the largest renovation project we'd ever initiated in our, at that time, almost 160-year-long history.

It was my job as business manager to oversee the project and be point man for advising the abbot on major decisions that needed his approval, or the monastic community's approval, either by vote of the chapter or through the Abbot's Council. I recall the weight of some of those decisions. Of particular importance were decisions involving funding the project. We all knew the need to transform St. Bede Hall's '50s-era school rooms and student housing into new and up-to-date spaces for our programs and guest accommodation needs.

Despite the complexity of input such decisions required, I also remember how easy I could sleep at night when decisions got made so work could finally get under way - I never worried much about the advice I offered the abbot and his council. I knew that whatever I lacked in experience was more than made up for by the experience of others - our bankers for funding advice, attorneys to forge a fair contract with the workers, and the contractors themselves who staffed a whole plethora of experts in areas ranging from engineering to interior design.

I also worked closely with experts from other not-for-profit organizations who generously volunteered their valuable time on our financial advisory board. All that input and expertise, along with their enthusiasm to be part of what Saint Meinrad was about, was enough to convince me that God's grace was with us, and with me, and that I didn't need to worry or lose any sleep - which I didn't.

In his rule, St. Benedict advises the abbot to do the same - to summon the brothers for counsel, explain the business and listen to their advice. Of course, if there is anything St. Benedict is adamant about it's this: the abbot makes the decision. So, after listening carefully, the abbot is to "ponder it and follow what he judges the wiser course"  (RB 3.2). Benedict seems to advocate "peripheral planning," a term I came across in a book called "Meditation as Contemplative Inquiry" by Arthur Zajonc. It involves going out to the periphery to find others who may have new ideas for creative solutions or inventive innovations.

As distinct from central planning, peripheral planning goes out to discover what others have to say about things. Sometimes we have to plan centrally, but in certain cases it may be better to improvise and allow the situation to unfold at the periphery. St. Benedict teaches that the decision maker - the abbot - needs to be attentive to the advice of the brothers in either case.

By listening to what the brothers have to say, he may discover a wiser plan or better advice, which may come from the younger and least experienced. This is depicted in the Bible several times. David was just a boy when he was anointed king by the prophet Samuel; Jeremiah thought he was too young to be a prophet; Daniel was a youth when he "judged his elders" - but also Jesus, since he, too, moved at the periphery by engaging people in chance encounters wherever his travels took him. Jesus allowed the situation to form his responses that, for his disciples - including us - were revelatory moments of healing, teaching, and forgiving.

Grace is often found at the periphery, at the boundary where the usual and predictable meet up with the impulses of the new and untried - it's the place where fresh ideas, creative perceptions and imaginative insights can lead to innovation and new trajectories. There is nothing more creative or more inspiring than God's grace shining through the wisdom of the least among us!