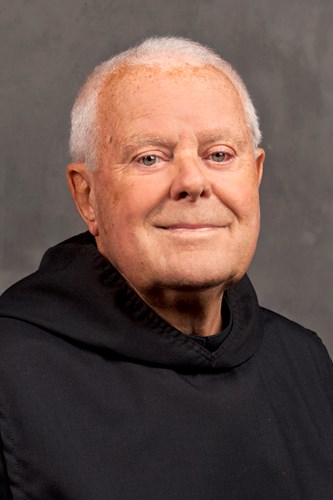 Fr. Sebastian Leonard, OSB, 88, a monk and priest of Saint Meinrad Archabbey, St. Meinrad, IN, died on September 21, 2019, at the monastery. He was a jubilarian both of profession and priesthood.

Fr. Sebastian received a baccalaureate in sacred theology from The Catholic University in Washington, D.C., in 1958. Appointed choirmaster for the monastic community, a position he held for four years, he also began teaching history at Saint Meinrad College and the School of Theology.

He earned an MA degree in modern European history at Georgetown University in 1962. He then studied at Oxford University, where in 1968 he was awarded a doctorate of philosophy in modern history.

In 1983, Fr. Sebastian was assigned as associate pastor at St. David Church in Davie, FL, where he served for 11 years. He returned to Saint Meinrad in 1994, and the following year took an assignment as chaplain and professor at Canterbury School in New Milford, CT. He served there for the next 20 years, becoming the longest-serving chaplain in the school’s history.

Since 2015, he had resided in the monastery infirmary.